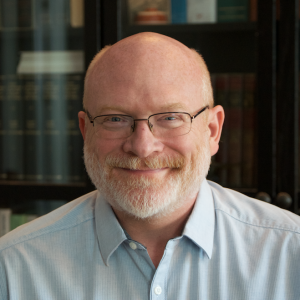 Dr. William Rankin is a learning designer and professional speaker with broad experience in educational technologies and teaching. For more than 20 years, he has worked with schools, governments, and learning organizations throughout the world to design, develop, and implement innovative learning initiatives.

Dr Rankin works as the Director of Learning and Research for pi-top, an innovative educational hardware and software company based in London. There, he leads a team of experienced learning designers who are creating socially constructionist learning challenges that combine coding, physical computing, and challenge-based learning for primary and secondary students. Prior to this work, he served as Director of Learning on the global education team at Apple Inc. in Cupertino, California from 2013 to 2016, where he had responsibility for developing, promoting, and enhancing innovative teaching and learning in pre-K to post-20 education. While there, he helped design, implement, and assess the project that became known as the Apple Developer Academies, a program now active in South America, Europe, and Asia. Using student-led, challenge-based learning; research-supported, purpose-built learning facilities; and a holistic curricular design emphasizing both technical and human skills, these programs offer late secondary, university, and adult learners the chance to master coding and development by designing solutions for real challenges in their everyday lives.

Before Apple, Rankin worked as an academic in higher education for 24 years, concluding his time as a Professor of English and Honors College Fellow at Abilene Christian University in Abilene, Texas. As ACU’s Director of Educational Innovation, he helped design the world’s first one-to-one that gave every student an iOS device (iPhone, iPod touch, or iPad) as a platform for exploring the educational possibilities of mobile learning. With ACU’s Honors College, he consulted on and helped shape a radically new kind of in situ learning project that leveraged just-in-time, differentiated instruction and media to prepare learners working to solve issues of urban poverty and social justice in South Dallas.

As project lead for ACU’s mobility initiative, Rankin was named Campus Technology magazine’s Innovator of the Year for mobile learning in 2008. In 2009, he was named an Apple Distinguished Educator and in 2010, he began a three-year tenure on the US Board for Apple’s Distinguished Educators program. Interviews with Rankin have appeared in Wired, The Guardian, The Times of London, Businessweek, The New York Times and The Chronicle for Higher Education and at online sites including InsideHigherEd, Ars Technica, and Open Culture. Rankin has spoken at TEDxDubai and was a featured presenter at Bett 2018. He has also been featured in stories on US National Public Radio, the BBC, the CBC, Vísir (Iceland), SF Zwei (Switzerland), and NBC Nightly News. He has received numerous awards for educational leadership and teaching and has presented on educational technologies and emerging pedagogies in more than 30 countries.