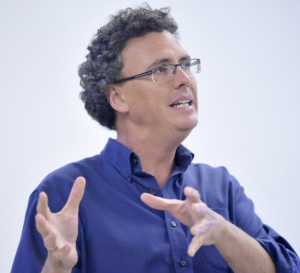 Professor Joordens was originally trained as a Cognitive Psychologist and is now Professor of Psychology and Director of the Advanced Learning Technologies Lab at the University of Toronto.  He has a deep love of teaching and his research is focused on assessing and building educational technologies that allow evidence-based approaches to education to be used at scale, often with an amplified pedagogical impact.  His impact on education has been recognized by awards at the institutional, provincial and national level including being named a 3M National Teaching Fellow, the highest national award for sustained and significant impact on higher education in Canada.  One of the technologies that came out of his lab – peerScholar – is now used in 8 countries as a formal approach to skill development in both the K-12 and University levels.